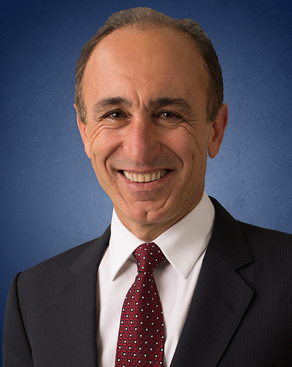 Fatih Ozmen is CEO of Sierra Nevada Corporation (SNC), the global aerospace and national security leader based in Sparks, Nevada. As owners of SNC since 1994, Fatih and his wife, Eren Ozmen, who is SNC’s Chairwoman and President, are the driving force behind SNC’s remarkable journey from small high-tech startup to multi-billion dollar global leader in aviation, national security and defense.

Living a true American Dream story, Fatih came to the U.S. to earn his graduate degree in engineering, and soon got to work on behalf of SNC, as an engineering intern, designing simple and affordable solutions to complex challenges. His early work on Automatic Carrier Landing Systems is still evident in SNC’s current life-saving technology enabling pilots to see through hazardous conditions. In 1994, the Ozmens acquired SNC when the company had just 20 employees and grew it to become a global aerospace and defense enterprise.

Known as a creative thinker and problem solver, Fatih’s never-ending enthusiasm, broad knowledge, and technical expertise guides the dedication to quality and service that is the hallmark of the organization. From scientists and cybersecurity experts to software engineers and military leaders, the entire SNC team is committed to customer-centricity, surpassing the status quo, and entrepreneurial thinking.

Through innovation, agility and best-of-breed, open architecture integrations, SNC is a trusted leader in solving the world’s toughest engineering challenges in an affordable way. For nearly 60 years, SNC technology has protected and saved countless lives with state-of-the-art civil, military and commercial solutions.

Over the years, Fatih and Eren have received many prestigious awards and recognition for their achievements and impact. Under their leadership, SNC has been recognized as a US Best Managed Company for two consecutive years. For their contributions to national security, Fatih and Eren were both honored with the BENS Eisenhower Award. They were also presented with honorary doctorates by their alma mater, the University of Nevada, Reno, and honored as Living Legends of Aviation. Fatih is also a recipient of the Ellis Island Medal of Honor.

The Ozmens’ commitment to advancing American leadership in space, and technological innovation in the interest of U.S. national security, inspire future generations of entrepreneurs and fuel SNC’s consistent contribution as a premier employer in growing American jobs.