SPARKS, Nev., April 30, 2020 – Sierra Nevada Corporation (SNC), the global aerospace and national security leader owned by Eren and Faith Ozmen, has been selected as a subcontractor to Dynetics, a wholly owned subsidiary of Leidos, to provide key crew module technology for NASA’s Human Landing System (HLS) program. This program is a critical piece of the agency's Artemis program for lunar exploration.

SNC is leading development of the crew module for HLS, which will ferry astronauts and cargo to and from the moon's surface. The program is designed to provide new science and material resources and leverage the moon as a proving ground for future Mars missions.

“SNC has supported more than 450 missions to space including to every planet in the solar system, and we’re very excited now to support NASA and Dynetics on the Artemis mission to the moon,” said Eren Ozmen, owner and President of SNC.

SNC is responsible for the systems integration, human rating and safety and mission assurance of the crew module, leveraging expertise developed through its NASA Commercial Resupply Services 2 (CRS-2) and NextSTEP-2/Gateway programs. At its production facilities in Louisville, Colorado, and as it did for its successful LIFE™ Gateway (Large Inflatable Fabric Environment) ground prototype, SNC will develop a ground HLS test article for crew evaluation and testing. SNC’s world-class mission control center in Louisville enable the company to provide on-orbit operations for the module, as it will for its Dream Chaser® spaceplane when it launches under NASA’s Commercial Resupply Services 2 (CRS-2) contract.

“We are proud to contribute SNC’s human spaceflight expertise for this important mission,” said former NASA astronaut Janet Kavandi, senior vice president of programs for SNC’s Space Systems business area. “The combined systems engineering and integration capabilities of Dynetics and SNC, create a strong team capable of meeting the stringent development and test requirements of a human landing system, with the agility and flexibility that a rapid development program like this requires.”

With decades of space experience and hundreds of missions under its belt, including to Mars, SNC supports solutions from low-Earth orbit to the moon as a prime contractor. SNC will build on the experience gained from its lunar Gateway programs and the Astro Garden® system for in-space plant growth and environmental monitoring and control systems.

NASA’s goal is to land astronauts on the moon by 2024 and establish sustainable missions by 2028. For more information, visit www.sncorp.com. 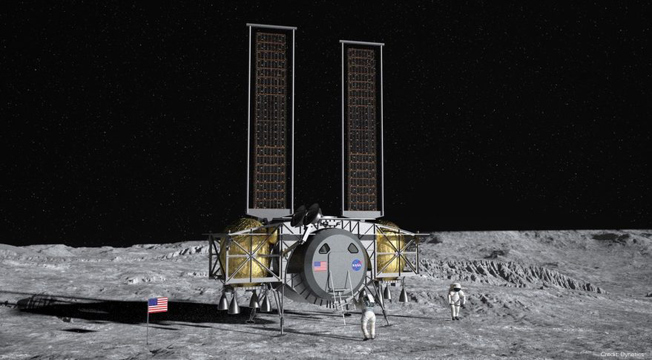