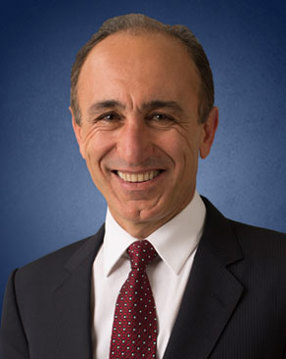 Sierra Nevada Corporation (SNC) CEO and Owner Fatih Ozmen, has been named to the Aerospace Industries Association (AIA) Executive Committee. AIA serves as an advocate to accelerate deployment of innovative technologies and to shape policies that enhance the nation’s global competitiveness.

Ozmen is one of two new members appointment to the AIA Executive Committee and will serve alongside top aerospace industry leaders. Starting in 2022, Ozmen will serve an initial two-year term.

“I look forward to serving on the AIA Executive Committee alongside accomplished and respected leaders from across industry,” Ozmen said. “We all play an important role to advise the government on critical issues and to cultivate a unified perspective that can help inform aerospace, defense and overall national security policy. I am honored to be one of those voices.”

AIA represents more than 320 manufacturers and suppliers across every sector and tier of the aerospace and defense industry. Together, these world-class and high-technology companies support more than two million jobs across the United States.

Fatih and his wife, Eren Ozmen, acquired SNC in 1994 when the company had just 20 employees and grew it into an award-winning, multi-billion dollar global leader in aerospace and national security. Under his leadership, Ozmen has steered SNC to expand in new and promising directions, including 20 strategic acquisitions, creating thousands of jobs in the process.

Through innovation, agility and best-of-breed, open architecture integrations, SNC is a trusted leader in solving the world’s toughest engineering challenges in an affordable way. For nearly 60 years, SNC technology has protected and saved countless lives with state-of-the-art civil, military and commercial solutions.

Earlier this year, Eren and Faith Ozmen launched Sierra Space, an independent commercial space company and subsidiary to SNC. Recently, Sierra Space announced a record $1.4B Series A growth investment that will accelerate the company’s vision of enabling humanity to build civilizations in space, while enhancing life on Earth. As two principle partners, Sierra Space and Blue Origin also recently announced plans to develop Orbital Reef, a visionary commercial space station that will be a business park in space. Together, the two will be the largest real estate developers in space. Earlier this month, NASA selected Orbital Reef to develop a space station replacement.

A leading voice in the aerospace industry, Ozmen also serves on the National Space Council Users’ Advisory Group which brings together leaders from the space industry to help shape the future of space policy and continue American leadership in space.

Over the years, Ozmen has received many prestigious awards and recognition for his achievements and impact on the aerospace and defense industries. Under Fatih and Eren Ozmen’s leadership, SNC has been recognized as a US Best Managed Company for two consecutive years. For contributions to national security, Ozmen was honored with the BENS Eisenhower Award for his contributions to national security and is also a recipient of the Ellis Island Medal of Honor.

About Sierra Nevada Corporation (SNC)
Owned by Chairwoman and President Eren Ozmen and CEO Fatih Ozmen, SNC is a trusted leader in engineering answers to the world's toughest challenges, through customer-focused technologies and best-of-breed integrations in aerospace and defense and national security space. For nearly 60 years, SNC technology has delivered state-of-the-art civil, military and commercial solutions. SNC has received numerous awards and distinctions for innovation, customer satisfaction and leadership including being named a US Best Managed Company for two consecutive years. In spring 2021, SNC announced the transition of its Space Systems business area to an independent commercial space company, Sierra Space. For more information, visit www.sncorp.com.