SNC Celebrates the December 20, First Anniversary of the Founding of U.S. Space Force 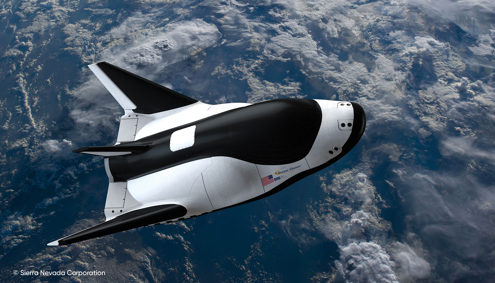 Statement by Fatih Ozmen, CEO of Sierra Nevada Corporation (SNC), on the one year anniversary of the founding of U.S. Space Force:

“Sierra Nevada Corporation celebrates the anniversary of the founding of U.S. Space Force and applauds the Space Force for its leadership and tremendous progress over this first year as they’ve taken giant steps to stand up a new service.

SNC is very proud to be a have been a trusted partner in this critical first year as the Space Force captivated the world’s imagination.

SNC is committed to continuing to support Space Force’s success in safeguarding America’s security and prosperity in space now and into the future, and advancing Space Force capabilities with SNC’s civil, commercial and national security expertise.

As we move into 2021, SNC envisions great opportunities to help build the future of space transportation, destinations and infrastructure – including propulsion and advanced technologies in support of space logistics and space security.

In our 50 plus years, SNC has delivered over 4,000 flight products that have been critical to over 450 space missions on flagship NASA and Department of Defense Space Programs.

SNC is changing the way the world reaches and explores space through the most advanced reusable spaceplane in Dream Chaser, on-orbit habitats, a lunar lander, and a variety of small spacecraft through the Shooting Star service module which serves as the baseline for an advanced commercial solution for the Unmanned Orbital Outpost that will enable on-orbit prototyping and logistics.

Congratulations to the United States Space Force from all of us at the Sierra Nevada Corporation – we are excited and energized to support you!”