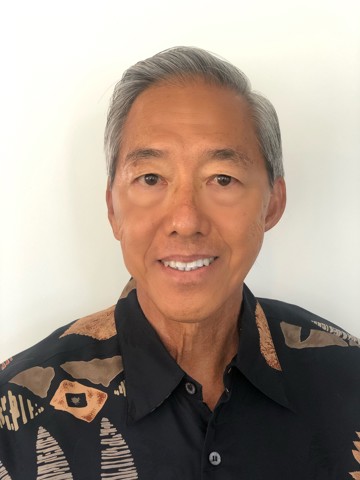 May is Asian American Pacific Islander Heritage Month. To celebrate, we spent some time with Director of Business Development Darryll W., who works out of Honolulu. He is proud of his heritage and so we spent some time with him to learn about his background, why he's inspired by SNC's mission, and even shares some little known information about Asian American history.

What brought you to SNC, and why do you wake up excited to work every morning?
I never thought I’d be working at SNC, but I knew several SNC employees from our time all serving in the military. I would meet with them quite often during their trips to Hawaii when I was still in uniform. I also used to take my family skiing in Lake Tahoe every year. One of those years, my wife and I were invited to the SNC owners’ home, along with other SNC senior leaders for dinner. I was very impressed with everyone I met. SNC was a very innovative company led by not only strong leaders, but very caring people.  One day, I asked a friend when SNC would open an office in Hawaii and he answered, “when are you going to retire [from the military],” and the rest is history.

I wake up excited to work every morning because of the trust and confidence entrusted in me to help SNC develop markets in Hawaii as well as the INDO-Pacific Region. The people I’ve met and continue to work with are not only colleagues but have become friends.  My goal is to establish the SNC name and brand in this region now and into the future to give back to everyone who had the faith to bring me into the SNC “Ohana” (Hawaiian term for family).

Share a little about your job; what’s a day in the life like?
I work in Hawaii which is a fairly unique location for SNC with a diverse group of various military branches all residing here on Oahu (one island). They all focus their attention and priorities on the most important region today, the INDO-Pacific and the threats posed by adversary countries.  Day to day, I might be meeting with any one of these service components on the island discussing what keeps them up at night and capabilities they may need to counter the ever-changing threats that are being developed and evolving and what SNC can provide.

Prior to COVID, I traveled to various countries across the INDO-Pacific, due to their importance to the U.S. military and this region. I would meet with our embassies, as well as the government and military leadership in those countries to link together the interest, needs and focus of what SNC can provide. After work, I can be found practice paddling on a one-man canoe or six-man outrigger canoe with friends I race with.

This is a month to learn and celebrate what they contributed.  This year is significant because the Chinese that fought for the U.S. in World War II were awarded and will receive the Congressional Gold Medal.  It is little known that 20% of all the Chinese in the U.S. at the time joined the military. Some could not become citizens because of the Exclusion Act, but still chose to go to war to defend the country they adopted.

Tell us something unique about your heritage – or a fun fact?
My grandparents all immigrated to Hawaii from Southern China.  I’m glad they came to HawaII!!  My maternal grandfather was a butcher but also an herbalist so I grew up predominantly using Chinese herbs instead of western medicine.  My maternal grandmother was a Taoist and the most loving person I knew. So, when I went to a Catholic school, I fought constantly with the nuns (even through high school!) when they told me you would go to hell if you weren’t baptized because I couldn't imagine my grandmother going anywhere but heaven.

My father’s father was a businessman.  He helped to start several organizations in Chinatown, a dry goods store, a bank and bought land.  He also helped raised money to support Sun Yat Sen. My paternal grandmother had bound feet so her feet were extremely tiny. My Chinese heritage and being raised in Hawaii (Polynesia) meant I was lucky to learn the best of both worlds.  Both are respectful cultures and very family oriented.

What’s a little known fact about you?
I flew the C-141 during the Vietnam War on active duty with the U.S. Air Force and then flew the KC-135 during the War in Kosovo as a member of the Hawaii Air National Guard.  But my interests didn’t lie only as a pilot! I was brought up near the ocean, so I always returned to the ocean.  Six years ago, I sailed as crew on the Hawaiian voyaging canoe called “Hokulea” with the Polynesian Voyaging Society along Australia and dove the Great Barrier Reef to highlight the effects of climate change. Then sailed again with them into New York harbor, in celebration of Earth Day at the United Nations.  This Hawaiian voyaging canoe navigated solely by stars.  The around the world voyage was called Malama Honua – “to care for our island earth”.  Bridging traditions and new technologies while sharing, learning and creating global relationships.  Much of what we do in international business development for SNC.

What would you like your SNC colleagues to take away from Asian-American Pacific Islander Heritage Month?
Take the time to learn what everyone has contributed to this country of ours and the unique attributes, customs, food and cultural values they brought to our shores.  They are all interesting stories and help us understand our differences while also realizing that in many ways we are more alike than we are different.  We just use different terms.