Sierra Nevada Corporation (SNC) was recently awarded a patent for its Surface Mount Technology (SMT) solar panels. It’s a significant milestone in the program because it allows SNC to exclude others from making, using, selling, offering for sale or importing this game-changing technology.

Director of Programs for SNC’s Space Technologies group, Brian A., contributed to the development of the technology. He says there are a number of reasons this technology is so unique and deserved a patent. “The innovative design allows for automated pick-and-place manufacturing for assembly, which eliminates touch labor. This helps improve power density, reduces lead time and cuts costs. In fact, SNC’s SMT solar panels provides 35% more power to small satellite missions compared to what else is currently on the market.”

It took Brian and his team about five years to develop the technology and another nearly four years to get the patent. SNC’s Intellectual Property Manager, Adriane M., helped the team obtain their patent. She says there’s nothing truer than what two SNC inventors previously stated, “it will take longer than you think and it’s important to keep an open mind.”

While the process may take a few years, its protection is worth the wait; in this instance SNC’s SMT solar panels are protected for the next two decades. 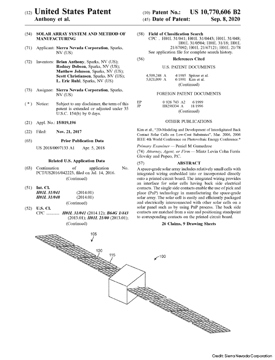 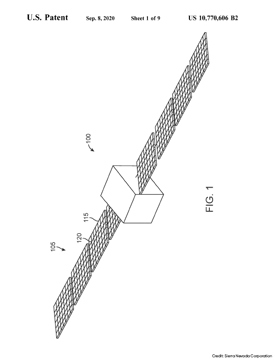 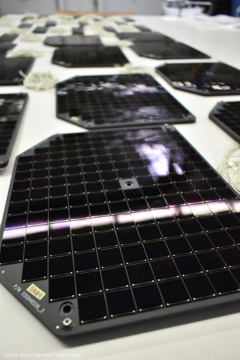 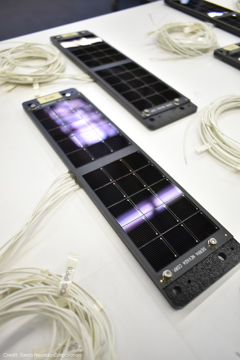