SPARKS, Nev., May 02, 2016 – NASA’s Jet Propulsion Laboratory (JPL) recently awarded Sierra Nevada Corporation’s (SNC) Space Systems, a business area of aerospace and defense company SNC, multiple contracts to supply critical hardware for the Mars 2020 mission. Scheduled to launch in 2020, the robotic science rover will investigate key questions about the habitability of Mars and assess natural resources and hazards in preparation for future human expeditions to the red planet. Under the new contracts, SNC will design and manufacture the descent brake, as well as actuators for robotic arm and sample caching system. The instruments will enable scientists to identify and select a collection of rock and soil samples that will be analyzed and stored for potential return to Earth.

SNC’s Descent Brake Mechanism will control the speed of the tethered, car-sized rover as it is gently lowers to the surface of Mars, the final step to ensuring the rover’s safe landing. The Mars 2020 rover landing sequence will mirror that of NASA's Mars Science Laboratory (MSL) Curiosity rover that landed on Mars in 2012. SNC designed and manufactured the Descent Brake Mechanism for that mission as well, enabling Curiosity’s gentle and precise landing. This achievement was a major milestone for NASA as it marked the first time a spacecraft of that size and weight was able to successfully land on another planet using a tethered system - thus paving the way for future missions.

“SNC has been supporting NASA’s Mars Exploration Programs and missions since 1992, through the delivery of highly reliable and complex systems,” said Mark Sirangelo, corporate vice president of SNC’s Space Systems business area. “We are proud of our long and successful history of delivering mission-critical hardware for some of the most challenging interplanetary missions. We look forward to maintaining our long-standing collaborative relationship with NASA and JPL as they continue to push the boundaries of exploration with each increasingly ambitious mission.”

The Mars 2020 program will mark the 13th time SNC has provided hardware for spacecraft orbiting or landing on Mars; including multiple planetary gears, camera actuators and battery thermal control devices for Spirit and Opportunity - the latter of which is still functioning after 12 years of surface operation, well beyond the expected mission duration.

SNC’s Space Technologies product line, global supplier of space technologies, designs and manufactures a wide range of subsystems and components including launch adapters and separation systems, pointing systems and motion control and electrical power systems. For more than 25 years SNC has been a premier supplier of these complex systems to commercial, government and international customers. To date, SNC’s products have successfully supported more than 450 space missions.

About Sierra Nevada Corporation
Sierra Nevada Corporation (SNC) provides customer-focused technology solutions in the areas of aerospace, aviation, electronics and systems integration. SNC has been honored as one of “The World’s Top 10 Most Innovative Companies in Space,” and one of America’s fastest growing companies. SNC’s diverse technologies are used in applications including telemedicine, navigation and guidance systems, threat detection and security, commercial aviation, scientific research and infrastructure protection. Founded in 1963 and headquartered in Sparks, Nevada, SNC operates under the leadership of owners, CEO Fatih Ozmen and President Eren Ozmen, with a workforce of nearly 3,000 personnel in 33 locations in 18 U.S. states, England, Germany and Turkey providing global support to customers. 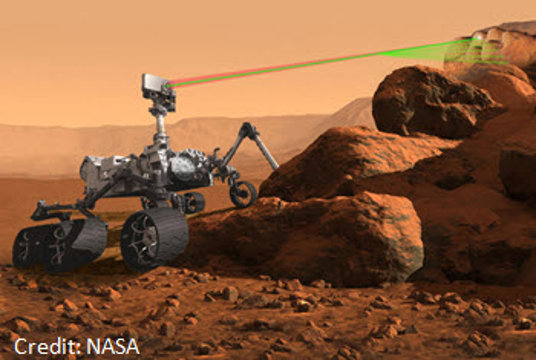