As announced in late 2014, SNC was awarded a contract to develop and build a next-generation science and technology demonstration satellite known as STPSat-5 for the Department of Defense’s (DOD) Space Test Program. In addition to being the prime contractor for the satellite, SNC is also designing, manufacturing and testing the solar arrays and positioning mechanisms that will provide power to the satellite upon orbit insertion.

SNC will provide a complete turnkey system to be integrated into the STPSat-5 satellite that will include the solar array wings, hinges, hold-down mechanisms, solar array drive and integrated slip ring - allowing for 360 degrees of continuous rotation, maximizing available power to the spacecraft. This turnkey power system builds on SNC’s successful heritage and years of experience in manufacturing individual components, which includes over 45,000 hours of combined on-orbit performance of six 600-Watt solar arrays as a part of the ORBCOMM Generation 2 (OG2) constellation.

“With the addition of this instrument, SNC can provide fully-optimized turnkey solutions for solar arrays,” said John Roth, vice president of business development for SNC’s Space Systems.  “We improve efficiency and reduce risk by designing a system that integrates with the satellite from the start, and then we validate that with system level performance verification, rather than individual component testing. These efficiencies provide overall cost savings which we pass on directly to the customer.” 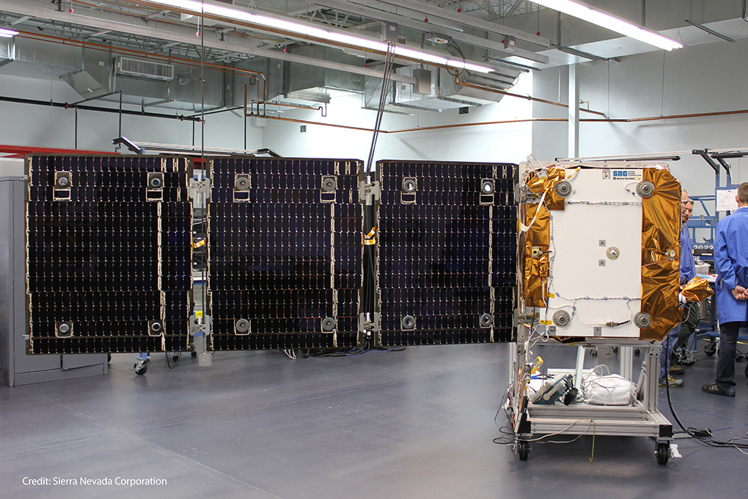