SNC has provided cargo hold-down and release systems to IHI Aerospace, the primary integrator of the HTV Exposed Cargo Pallet system, for more than 10 years. SNC’s FASSN devices use a shape memory alloy trigger instead of pyrotechnics, which gently releases spacecraft pallets in milliseconds – maintaining the integrity of sensitive cargo without creating any debris as a result of the low-shock separation. SNC’s FASSN devices are scaleable, reusable and require little to no refurbishment, making them essential to maintaining low-cost launch operations.

“The ISS is a strong global representation of successful partnerships between multiple international agencies,” said Mark N. Sirangelo, corporate vice president, SNC’s Space Systems. “In order to maintain long-term sustainability of ISS operations and crew, we need multiple launch providers to reliably provide transportation services. SNC has been a proud partner to JAXA for several years and we’d like to congratulate their entire HTV team on another successful cargo resupply delivery.”

For over 25 years, SNC’s Space Systems Space Technologies product line has been designing and manufacturing precision space mechanisms and complex spacecraft subsystems for a wide variety of space applications. As a result of our history of success—launching thousands of devices on hundreds of missions—and our expanding portfolio of products, SNC’s Space Technologies has become a supplier of choice within the aerospace industry. 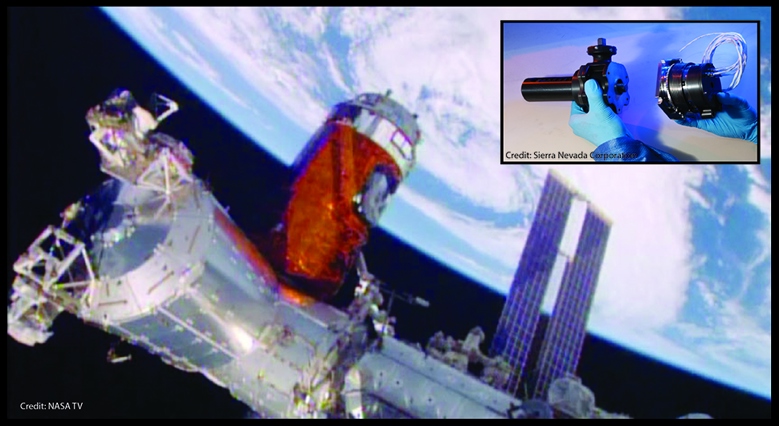