“We are pleased to provide the berthing mechanism for Cygnus and aid in the continuous resupply and support of the ISS,” said John Roth, vice president of business development for SNC’s Space Systems. “SNC has always been focused on creating a diverse portfolio of reliable products that our industry partners can count on. We’ve been supporting critical missions throughout the solar system for more than 25 years, and we’re proud to be continuously adding to that legacy.”

In addition to supporting Cygnus flights, SNC has also delivered a PCBM to NASA for the Bigelow Expandable Activity Module (BEAM), a two-year technology demonstration on expandable space habitats. BEAM is scheduled to launch in 2016.

About Sierra Nevada Corporation
Sierra Nevada Corporation (SNC), headquartered in Sparks, Nevada, delivers technology and teams designed to connect and protect, through innovative solutions in aircraft, aerospace, electronics, cyber and avionics. With a track record of success spanning five decades, SNC has been honored as one of America’s fastest-growing private companies, “The Top Woman-owned Federal Contractor in the U.S.,” and is among “The World’s Top 10 Most Innovative Companies in Space.” SNC and its subsidiaries and affiliates operate under the leadership of Owner & President Eren Ozmen and Owner & CEO Fatih Ozmen, with a workforce of nearly 3,000 personnel in 33 locations in 18 U.S. states, England, Germany and Turkey. 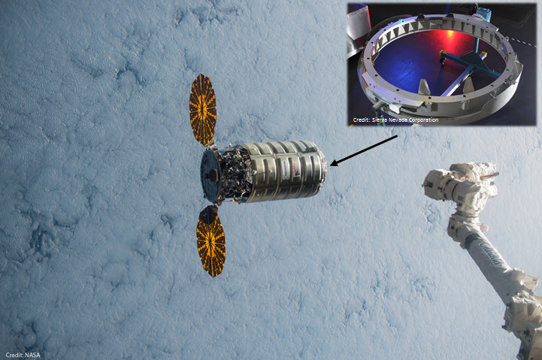