Nigerian Air Force A-29 Super Tucano light attack aircrafts depart Moody Air Force Base in the United States in July for final delivery to the government of Nigeria. This is the first six of a total of 12 aircraft scheduled for delivery this year. 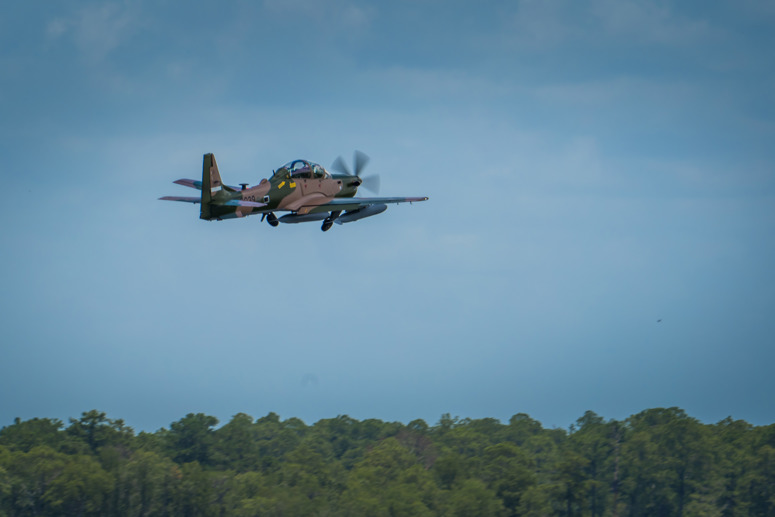 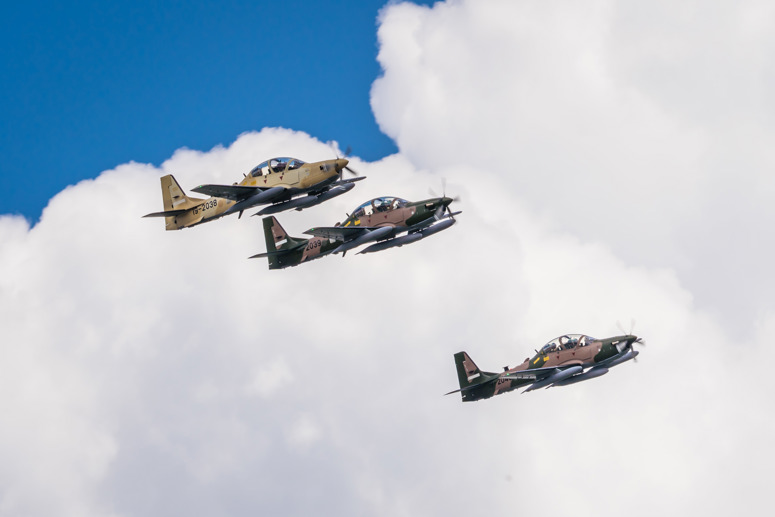 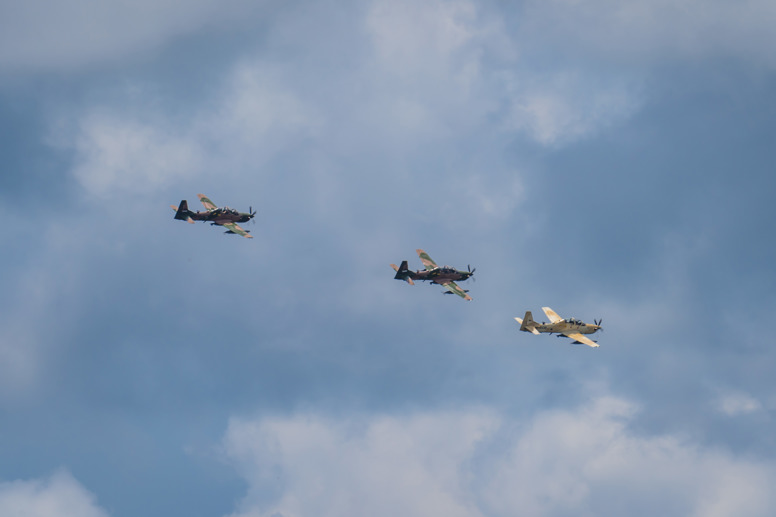 The A-29 Super Tucano is the most reliable and cost-effective solution for basic through advanced flight and combat training, close air support operations, intelligence, surveillance and reconnaissance (ISR), counter-insurgency and irregular warfare scenarios. The aircraft has already been selected by 15 air forces around the world to deliver cost-effective close air support and reconnaissance capabilities.

About the A-29
The A-29 Super Tucano is the gold standard for light attack, combat and reconnaissance aircraft. Built in the U.S. by Sierra Nevada Corporation and its partner, Embraer Defense & Security, the A-29 has been selected by 16 air forces worldwide including Afghanistan and Lebanon. The A-29 is a versatile and powerful turboprop aircraft and is known for its rugged and durable design, which allows it to perform operations from unimproved runways and at forward operating bases in austere environments and rugged terrain. The A-29 is the only light attack aircraft in the world with a U.S. Air Force Military Type Certificate.

About Sierra Nevada Corporation (SNC)
Owned by Chairwoman and President Eren Ozmen and CEO Fatih Ozmen, SNC is a trusted leader in engineering answers to the world's toughest challenges, through customer-focused technologies and best-of-breed integrations in aerospace and defense and national security space. For nearly 60 years, SNC technology has delivered state-of-the-art civil, military and commercial solutions. SNC has received numerous awards and distinctions for innovation, customer satisfaction and leadership including being named a U.S. Best Managed Company for two consecutive years. In spring 2021, SNC announced the transition of its Space Systems business area to an independent commercial space company, Sierra Space.

About Embraer Defense & Security
Embraer Defense & Security is the leading aerospace and defense industry in Latin America. In addition to the A-29 Super Tucano light attack and advanced trainer and the multi-mission C-390 Millennium military airlift, it provides a full line of integrated solutions and applications such as Command and Control Center (C4I), radars, ISR (Intelligence, Surveillance & Reconnaissance) and space. This also includes integrated systems for information, communications, border monitoring and surveillance as well as aircraft for authorities’ transportation and special missions. With a growing presence on the global market, Embraer Defense & Security products and solutions are present in more than 60 countries.