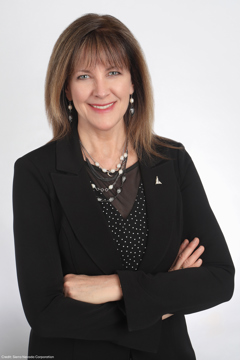 “Janet is a natural and experienced space leader, respected scientist and accomplished astronaut,” said SNC Chairwoman and President Eren Ozmen. “In a year that has reminded us of the power of tenacity, technology and imagination to accomplish tremendous feats in space, it is only fitting that a leader of Janet’s experience and vision lead us into our exciting future. Alongside our partners at NASA, SNC will build a shining city in space which will be a beacon of inspiration for generations to come.”

Kavandi joined SNC in 2019 after 25 years of service with NASA, where she logged more than 33 days in space, traveling more than 13.1 million miles in 535 Earth orbits. She will lead SNC’s space business at an inflection point for the industry, as innovation is accelerating at a rapid pace and commercial space travel and commerce are on the horizon.

“I am honored to be leading SSG at this pivotal time in history for the company and for commercial space travel,” said SNC Executive Vice President of Space Systems Janet Kavandi, Ph.D. “When I left NASA, I knew that I wanted to be help make commercialization in space a reality -- and, most importantly, to do it safely. I chose SNC due to the caliber of its people and due to the elegance of the Dream Chaser spaceplane transportation capability, which I feel is the most practical solution to the future of space travel.  I was also impressed with the breadth of SNC’s technological capabilities, from the LIFE™ habitat as a space destination to the Astro Garden® system to advanced propulsion systems, all of which are critical to support the exploration and colonization of our nearest celestial neighbors.”

Kavandi was selected as a NASA astronaut in 1994 as a member of the fifteenth class of U.S. astronauts. She completed three space flights in which she supported space station payload integration, capsule communications and robotics. She went on to serve as director of flight crew operations at NASA’s Johnson Space Center and then as director of NASA’s Glenn Research Center, where she directed cutting-edge research on aerospace and aeronautical propulsion, power and communication technologies. She retired from NASA in 2019 after 25 years of service. Janet holds degrees in chemistry and a Ph.D. in analytical chemistry. She received two Presidential Rank Awards, two NASA Outstanding Leadership Medals, two Exceptional Service Medals, three NASA Space Flight Medals and the Distinguished Service Medal, NASA’s highest award. She was inducted into the Astronaut Hall of Fame in April 2019.